FROM NOSTALGIA TO HIGH-TECH

SEE US FOR YOUR NEXT HORSEPOWER FIX

CHECK OUT OUR MEETING DATES HERE

CHECK OUT OUR MEETING DATES HERE

Our mates over at Panhead Custom Ales are doing it again, this time with the all-new, special-release, 'Green Go' Fresh Hop IPA!

Check out the stunning backdrops of Masterton Motorplex in the clip, and don't wait too long to get your hands on this drop as it won't last long! ... See MoreSee Less

Check out some great pics from the recent RAPANATS, held at the Masterton Motorplex Burnout pad! ... See MoreSee Less

If you were wondering where the Sunday pics were from the final meeting, here they are! ... See MoreSee Less

Check out this cool footage from The Outlaw Masters! ... See MoreSee Less

Without fail, official track photographer and good guy Graham Meiklejohn captures the action and people of drag racing perfectly. Take a break and flick through these great images from our final meeting of the 2020/2021 season. ... See MoreSee Less

That bloody cool ah,Craig did well even horse tail got a mention!!

Kerrie Chisnell this is the o'Roukes car...that had the spider on side ...now in nz 😊

The GSS Performance's Chaos Drag Racing team are always great to watch, and we love having them come down to play. They also write some seriously entertaining followups to their racing expeditions - check it out below.

Thanks for the kind words team, roll on next season!Outlaw 71 Masters. Masterton Motorplex. 20/21 March
From zero to hero…….
Let’s face it we’ve had a mare of a season. Breakage after breakage and literally tens of thousands of dollars in repairs. The monkey on our back has been nasty and vindictive.
We thrashed to get the car ready for the previous weekend as we really wanted to test before making the long trek down to Masterton. We managed to get it all together on the Monday, and fortunately the guys at ST Hi-Tech had hired Meremere for Wednesday and allowed us to tag on to their test day. We ran through a ‘normal’ days racing, having a run, then waiting 20-40 minutes before the next run. The track was pretty sketchy but we managed a couple of out-of-shape 7.50’s, and even better we still had a running car by the end of the day.
So ‘The Glove’ and ‘The Legend’ set off early Friday morning for Masterton. Loaded with rabbits feet, 4 leaf clovers, lucky horseshoes and lucky heather. We were taking no chances! 9 hours of travel ensued with nothing to discuss except the roadworks and which one of our wives crashes cars better (!).
Saturday morning was cool, and we weren’t really expecting anything from the track, but our first ‘test’ run at 7.2 seconds and 190mph (a new PB for the team) made us pay attention. Unfortunately the transmission dipstick was ejected during the run coating the inside of the car with transmission fluid. Having two dipsticks in the car was also a new thing for us! “Clean up to aisle 2” and we were back ready.
Run two and our first qualifier – another 7.2 at 191mph. New MPH PB. This track was awesome. The car, however, continued to fight and blew out an intake gasket. Quick field repair and we were ready for 2nd qualifier.
‘No Nickname’ Keith and Kelly (Mrs Keith) dragged themselves out of bed late and appeared ready to drag the car out for Q2. Up until then ‘The Glove’s brother Alan had stepped into tow duties but he relinquished control to Kelly after a particularly hard stare. And what a Q2 it was. 7.17 seconds at 192 mph. Another NPB for the team. The engine spat out the cam idler bolts during the run but we had spares. Celebrations carried on into the night…..
Day two, colder and damper with threatening rain and showers delaying the racing. First round we were against ‘The Cowboy’. ‘Chaos’ once more lived up to it’s name by stalling on the line and then laying down a very lacklustre 8-odd pass, but in the other lane ‘Cowboy’ had run too fast for his dial in thereby handing us the win. Better to be lucky than fast! Checking through the car afterwards everything looked OK, so we gave it a new set of plugs, wiped ‘The Glove’s tears and moved on.
Round two pitted against Gary Sinkinson. We’d got no data from the first round so had to dial in 7.15 just in case it all held. Unfortunately we blew the tyres at 60ft but ‘The Glove’ got back into it and almost got there, losing by just 0.01 seconds. The timing ticket was very reassuring though, showing the car picked up over 50mph in the second 8th, and still ran a 7.30 at 188 (which would have been a new PB prior to the previous day).
Another squirrelly run on racer return gave us yet another 7.30 in the high 180mph’s. We had done a lot of non-engine related work to the car over the winter and it was nice to see that the decisions we had made then were largely correct.
Thanks as always to Masterton for giving us such a good track, and their volunteers for keeping us safe. To Alan for stepping into the 'tow bitch’ role so well, To Keith and Kelly for giving up another weekend, and to Cloady for getting ‘The Legend’ so bladdered that he started working on the wrong car…..
EPILOGUE
With the nasty monkey off our back we started home on the Monday morning, but just north of Taupo we had a leaf-spring on the race trailer snap, ripping the axle from it’s mounts and wedging it under the back of the trailer. We’d obviously used up all of our luck on the previous two days! ... See MoreSee Less

You poor buggers hope next season will be your best yet,you should not have crushed the clovers nor overused the rabbits.

Its great to have you down here Steve. See you again next season.

A massive thank you to all of our racers, their crews, the track volunteers and the spectators for what has been a great season, and an epic weekend of personal best performances, despite overcast (and sometimes damp) conditions.

The results from the weekend are now up on our website: www.mastertonmotorplex.co.nz/meeting-results/

Stand by for some great photographs from the lense of Graham! ... See MoreSee Less

Jeremy Climo down there today?

We need your unneeded or worn 'racing' compound drag racing or circuit racing tyres! Any suitable tyres will be gratefully accepted and pick-up can usually be arranged if necessary. Contact Bob on 0274 494 995. 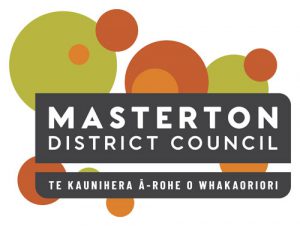